Nevsehir, the land of beautiful horses and the home of heavenly Cappadocia, is one of the leading destinations in Turkey with its rich historical and natural legacies. From Cappadocia Fairy Chimneys, ancient carved cave churches and houses, and mysterious underground cities to hot air balloons, the city offers grandiose and unforgettable experiences for its visitors. You can find various options of daily and package Cappadocia Tours, Hot Air Balloon Tours, and transportation facilities such as Nevsehir Airport shuttle, Nevsehir Airport taxi, and Nevsehir Airport transfer services.

Cappadocia, also known as "the land of the beautiful horses", is one of the famous destinations in the world. This miraculous wonder is covered by the provinces of Aksaray, Nevsehir, Nigde, Kayseri, and Kirsehir in the central Anatolian region. During the early period, this area was a famous volcanic zone. Those volcanic activities resulted in chimney-like structures called "Fairy Chimneys" also known in Turkish "Peri Bacha".

It was occupied by Hittites from 1800 BC to 1200 BC followed by Persian and Romans, who laid the foundation of Caesarea also known as Kayseri serving as the capital. During Roman and Byzantine periods, it became a safe haven for early Christians. Many Christians took refuge in this region from the 4th to the 11th centuries that developed churches, monasteries and many more structures. Under the Seljuk and Ottoman rule, these people were treated with tolerance.

Cappadocia lost its significance in Anatolia but regained its image on the world map after French priest discovered churches in 1907. After the independence and formation of the Turkish Republic, the area became the famous tourist hub. In 1982, UNESCO officially designated this area as "World Heritage Site". 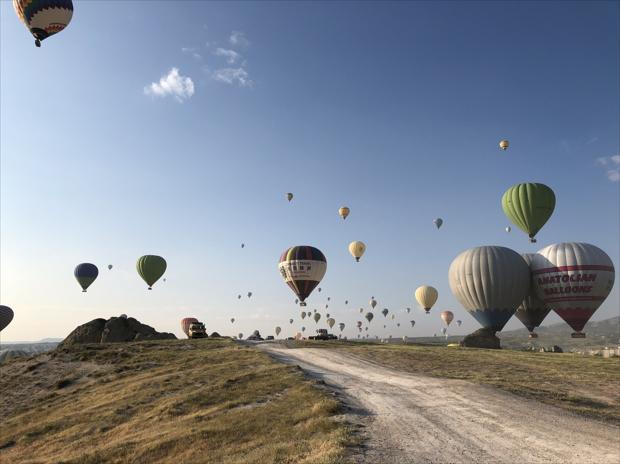 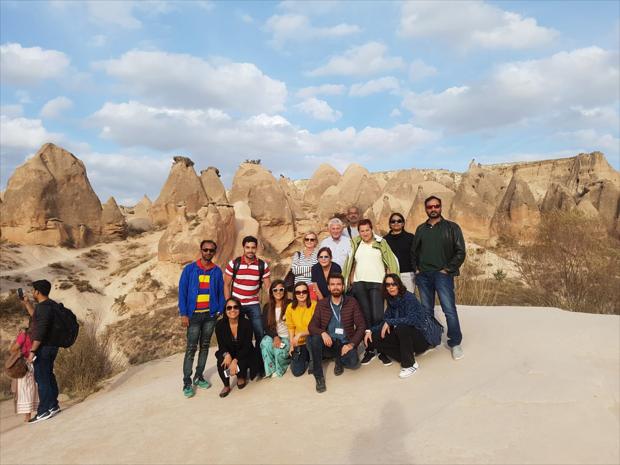 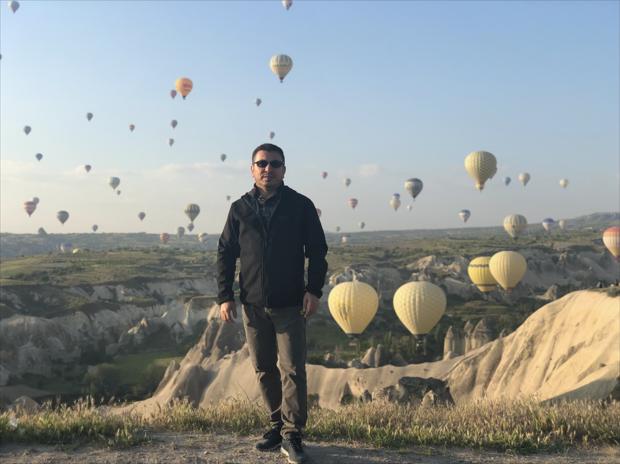 Things to do in Cappadocia

The region has become the backbone of Turkey's tourism providing endless opportunities for the people that visit it. The rich and in-depth history flavor can be seen as soon as you enter the city. Prime activities for tourists are visiting painted cave churches like Durmuş Kadir, hiking in monastic valleys like Rose Valley, flying in a hot air balloon to view the incredible landscape, and spending the night in a comfortable cave hotel room. One of the must place to visit is the  Göreme Open Air Museum. Cappadocia is also famous for its delicious food. Many famous dishes are connected to this particular region providing a rich reflection of its aura.

Cappadocia is sure to captivate its tourists through the natural wonders. Do you want to discover this magical land located in Nevsehir? If you are curious about Cappadocia, TRANIGO promises you perfect travel solutions. But unfortunately, most of the sights are not covered by local transport, although there are many minibuses and local shuttle transport. You can take your guided tour to visit all the attractions without missing anything. TRANIGO provides two-way airport shuttle services from Kayseri Erkilet Airport (ASR) or Nevşehir Kapadokya Airport (NAV) to Cappadocia or Goreme and other important destinations. TRANIGO offers all Cappadocia Airport Transfer, Cappadocia Airport Shuttle and Cappadocia Airport taxi service. Wherever you go, go with TRANIGO!!! 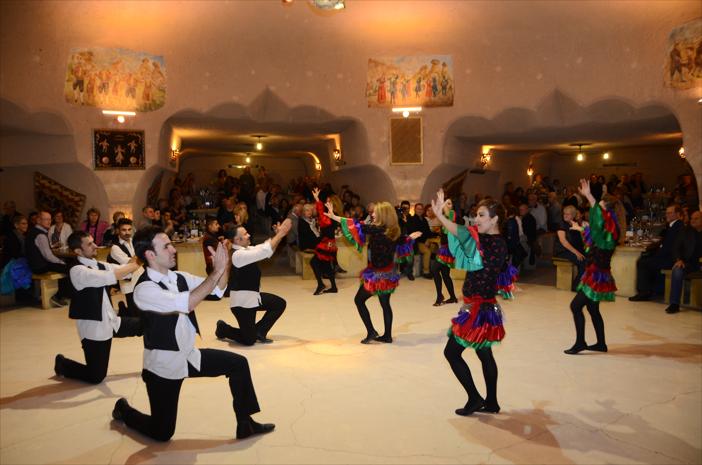 Are you ready for a fun-filled night with dinner in Cappadocia? Cappadocia Turkish Night Show with Dinner will give you an unforgettable night! ...

Cappadocia is waiting to be discovered with the beauties it offers. Take your place on the Daily Green Cappadocia Tour! ... 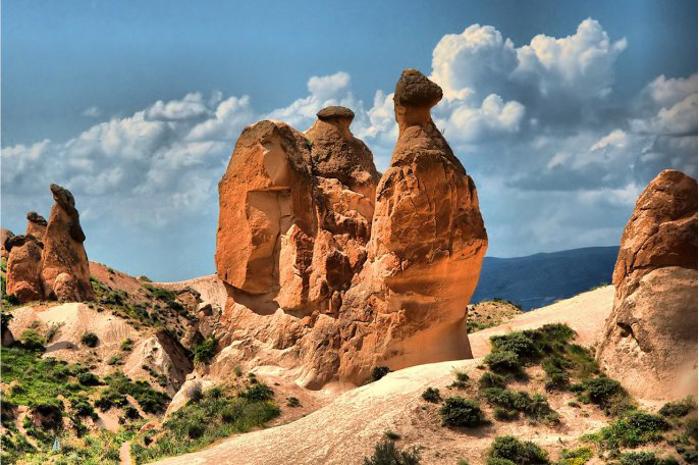 Cappadocia Daily Red Tour is perfect for those who want to breathe the mystical atmosphere of the region. ... 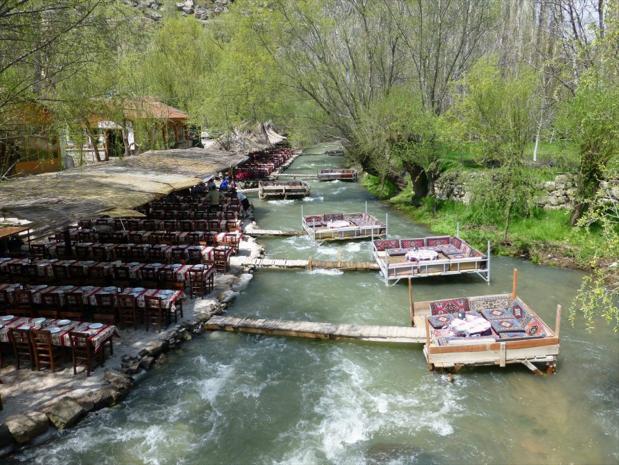 If you have a Cappadocia travel plan, you will miss a lot if you don't join the Cappadocia Green Tour! ... 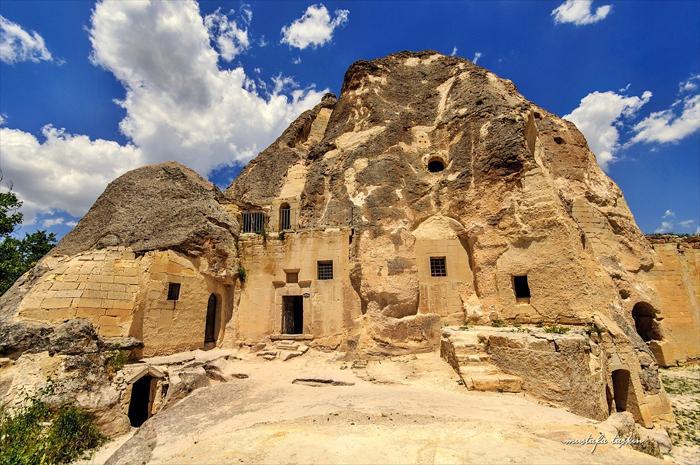 The fascinating beauty of Cappadocia is waiting to be discovered. Join this unique adventure with the Cappadocia Blue Tour! ... 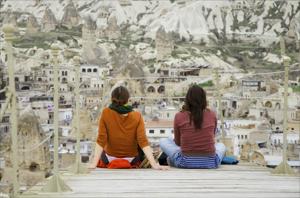 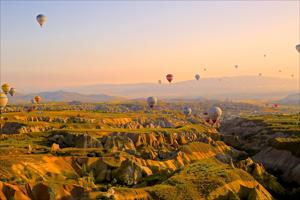 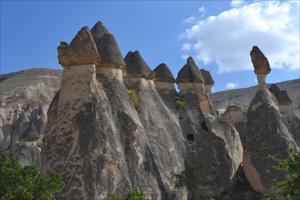 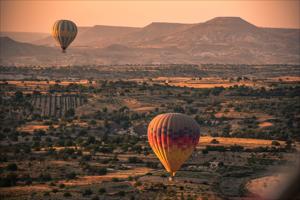 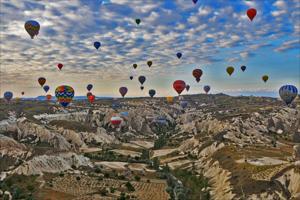 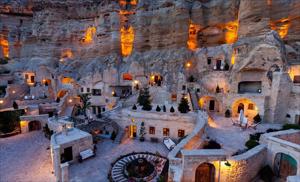 it was one of the best days of my life. I would like to thank the professional team of Cappadocia Balloon Flight and Tranigo.

This was the tour that everyone recommended before coming here. That's why we joined the Cappadocia Red Tour and we didn't regret it. Cappadocia is a dream place!!

It was a tour beyond expectations and it was a great experience. I recommend Cappadocia ATV tour to everyone!!

Booked 645AM pick up. The company preponed it to 6:30AM. I accepted. And in the end, made us wait 35 mins for one of the pick ups. Will not recommend.

Everything was really good in terms of service! I made an initial mistake by introducing the wrong airport in the reservation and the support via Whatsapp was really effective and very nice! Totally recommend it to anyone arriving at the airport and need to be fast to the hotel!

Cappadocia red tour was quite impressive. Our guide was a competent person, she made us love Cappadocia even more.

I made a reservation one day in advance for the balloon tour. They wrote to me on whatsap and found a suitable place for us. Thank you very much, Tranigo. It was great! I would be very upset if I could not do a balloon tour in Cappadocia. My advice to you is do not leave the balloon tour to the last day guys.

Cappadocia blue tour was one of the best tours in the region. I recommend you to join the red tour and the green tour as well. Cappadocia is an amazing place...

We book in a short term. The booking is really easy. The driver came in time and he was polite. The vehicle was clean and comfortable. The price is absolutely good and fair. Next time I would book it the same way.

It was great. Will be using this service again 👍👍

The driver was very polite and the car was clean. We arrived at the airport on time. thanks.