Page of Vienna
About Vienna

The city of Vienna is located in the north-east of Austria in Central Europe, on the banks of the Danube River. Vienna is the capital and largest city of Austria with more than 2 million inhabitants. It is one of the most significant cultural and political centres in Europe. The city of Vienna has been the capital of many empires in history. That’s why the city has a colourful history. This beautiful city is among the most developed cities in Europe. It is also the most popular urban tourist destination in the country. For this reason, Vienna is described as Europe’s cultural capital with many historic attractions.

Vienna is a both ancient and modern city. It attracts attention with its fascinating history and artistic heritage, appealing to a great number of people from all around the world with its medieval architecture. From world-famous museums to great cathedrals, this marvellous city is a historic paradise. There are many places to visit in the old town of the city; we highly recommend the following: Kaisergruft, Schönbrunn Palace, Equitable, Palais Mollard-Clary, Time Travel Vienna, Vienna International History Museum, Palace of Ludwig Viktor, Vienna Art Museum, Saint Michael’s Church, Beethoven Museum, and Votivkirche. Located in the heart of the city, Saint Stephen Cathedral is one of the most important symbols of the city. This great cathedral is also one of the most significant Gothic buildings in Austria. In addition, Hofburg Imperial Palace is one of the most visited historic places in the city centre. This sumptuous palace is among the largest and oldest palaces in Europe. The city’s historical places are remarkable examples of both ancient and domestic architecture. By the way, the city’s historic centre is included in the UNESCO World Heritage List.

The city of Vienna will fascinate you with its unusual nature, too. It has many lovely parks and botanical gardens where you can enjoy the unique nature, such as Cemetery of Saint Marx, Belvedere Schlossgarten, Stadpark, Botanischer Garten, Blumengaerten Hirschstetten, Butterfly House, and Vienna Woods. We are sure that you will be amazed by these lovely parks and gardens.

This Austrian city is also at the forefront with lots of choices for entertainment it offers. It has lively nightlife with a wide range of famous bars and night clubs in almost every street of the city. Chelsea, Pratersauna, Rhiz, Q Bar and Flex, among many others, invite you on enjoyable nights with lots of different kinds of beverages. The city’s social life is not limited to lively nightlife, as the city of Vienna hosts many local festivals throughout the year. The most popular of these are the Viennale, Vienna Music Festival, Vienna Film Festival, May Festival, ImPuls Tanz, and Vienna Jazz Festival. This vibrant city is one of the most attractive cities in Europe in terms of culture, music, and art. The city, which is at the forefront with its festivals, hosts millions of visitors each year.

Vienna’s culinary culture is very famous in Europe. It has a perfect combination of Italian and French cuisine. The most distinctive feature of Viennese cuisine is the different flavours of sauce. Tafelspitz, Semmelknödel, Zwiebelrostbraten, Griebnockerlsuppu, and Wurst are among the most delicious dishes in the city. Countless restaurants serving tasty Austrian food are definitely worth-visiting.

Get ready for fresh experiences in this magnificent Austrian city. With its limitless beauty, Vienna is a must-see. The city of Vienna invites you to a memorable trip.

Are you planning a trip to Vienna? Do you want to know more about Vienna? Are you worried and confused about transportation in the city? Well, TRANIGO brings a perfect solution for all your travel needs whether it is Vienna Airport Shuttle or Vienna Airport Transfer, Vienna Airport Taxi service to and from Vienna Airports. TRANIGO is the answer to all your Vienna airport transfer & airport taxi service needs. 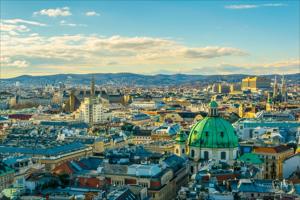 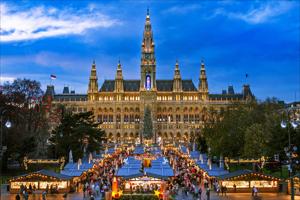 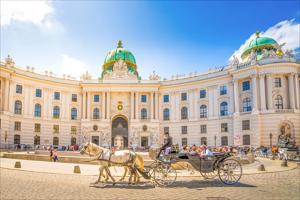 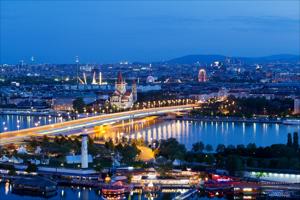