We kindly ensure our precious guests that their and our drivers' safety and health is our priority. We guarantee that all our vehicles are cleaned and disinfected with the World Health Organization’s guidelines against COVID-19 (the new coronavirus).

Now, more than ever, we understand your need for total peace of mind. As such, we have informed all our drivers to carry out the following safety and prevention measures.

Prevention & Safety Measures in our vehicles:

Wash your hands regularly (at least 20 seconds duration).
Keep a hand sanitiser is always available in the car, both for drivers and passengers.
Regularly wipe down the surfaces with wipes or cleaning sprays.
Keep the social distancing.
Wear a mask and gloves.
Change your mask and gloves after serving each one of the guests.

The PCR test is a must in many countries to take care of safety and comfort while travelling for travellers. The passengers must present their negative PCR test results that were taken no longer than 48. While this makes the safety resume, many travellers may struggle to find test centres or facilities that can deliver the PCR test results in time. Here you can get more information about how to take the PCR test at the airports and your hotel or address. For more information, please click https://www.tranigo.com/en/istanbul/covid-19.

Get your PCR Test in your hotel or address

The travellers can take the PCR test at their hotel or address in Istanbul in the last 24-48 hours before their flight. For reservation and more details, please check https://www.tranigo.com/en/istanbul/pcr-test-in-istanbul.

Kayseri lies in the east of Cappadocia, the city known as Caesarea in Roman times. It has a rich cultural heritage similar to the human settlements in Anatolia. The city has many attractions scattered around the city. Kultepe Mound, located 20 km from the city heritage dating back 6000 years. It was an important trading center in the 2nd millennium BC. Archaeological excavations lead to the unearthing of many articles from the Bronze Age.

Kayseri is strategically located between states and it has dominated the region for years. It has been ruled by many civilizations and they have left an imprint on its cultural heritage. These are now been excavated and displayed in open-air museums. Some of the famous relics are the rock face reliefs sculpted by the Hittites, the Roman burial structures, the rock-cut churches from the early Christian period and many astounding structures built in Ottoman and Seljuk era.

This city turned into trading colonies back in 1950 BC and served as Assyrian Trading Zone. During that time, It connected the Sardes and Susa. Even todayKayseri has maintained its historical status and serves as an important center of commerce and industry in the modern era of the Turkish Republic. 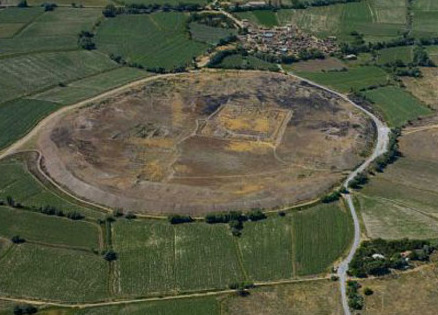 The pre-Islamic connection the city can be traced easily among its districts and villages. one such village is Soganli Village of Yesilhisar County, the most visited sites in Kayseri. It is one of the most important touristic zones in the Cappadocia Region with around fifty rock-cut churches scattered in the area. The churches were built in the period between the 4th and 11th centuries and decorated with frescoes. The most striking churches are the Kubbeli, Karabas, and St Barbara with unique architectural masterpiece and decor.

It is also the birthplace of Mimar Sinan, a famous architect who created and built a famous masterpiece in Istanbul and other principle masterpieces. This house has now been converted into the museum. The museum is located near Asagi, the subterranean city serving as the settlement for the first Christians.

It is one of the most prominent monumental building built during the Seljuk and Ottoman eras. The complex comprised of a mosque, madrasah, tomb, and a public bathhouse, each building has its own unique feature. The complex now has become a bustling shopping center with beautifully decorated Doner Kumbet standing since 1276. 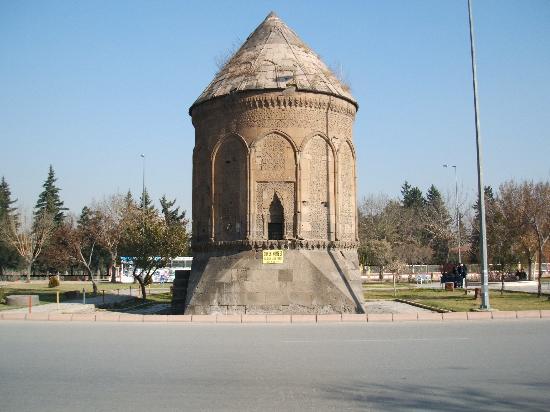 In the Seljuk area, it was one of the most important educational centers. Therefore, you can find many madrasahs in the city reflecting the Seljuk architecture. Those who are interested should visit Cifte Madrassah, the first school of anatomy in the region.