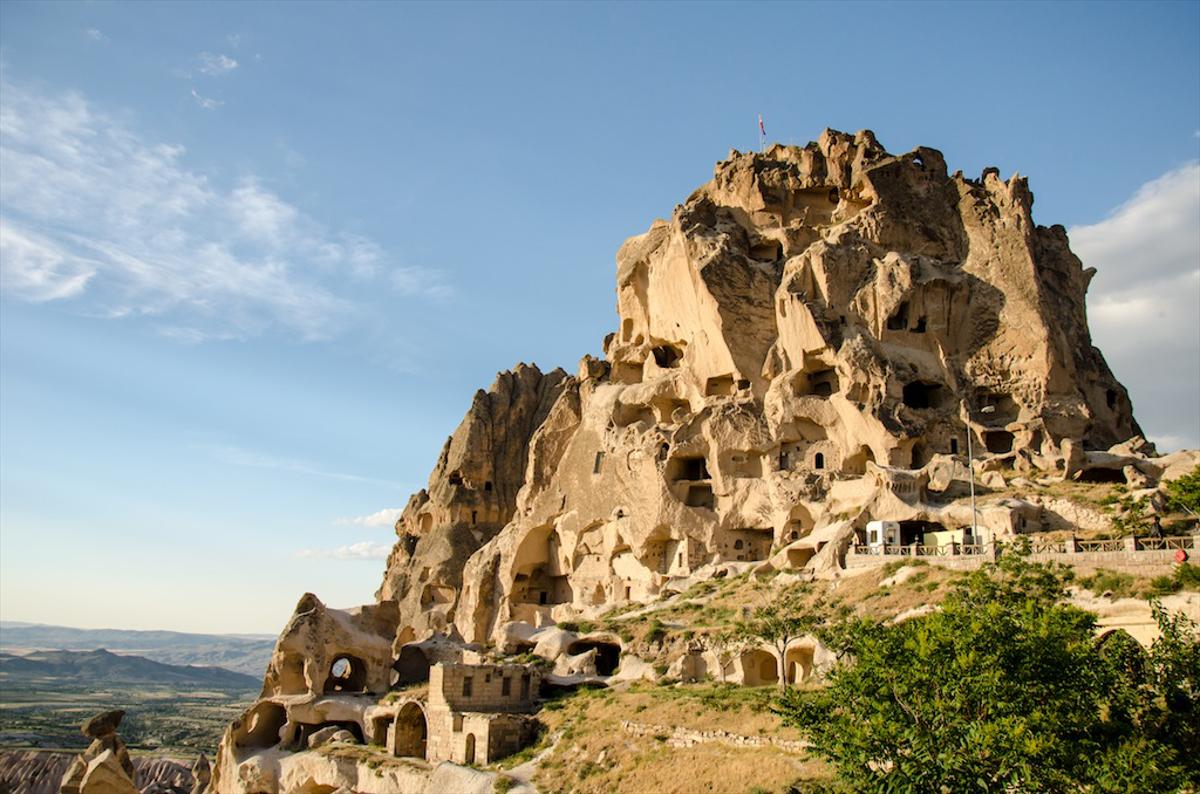 The Goreme Open Air Museum is a cluster of a monastic complex composed of monasteries, each having its own church. It is one of the first sights that tourists see when they are traveling in Cappadocia. It is located in the centre of the region and is easily accessible from all directions. The valley is at 15 minutes walk from Goreme village center point.

The region is clustered with the rock-cut churches decorated with beautiful frescoes. These frescos (wall paintings) have an original freshness and are still in best conditions. These churches are marvelous to work of architecture and painting techniques. In 1984, UNESCO designated Open Air Goreme Museum as World Heritage Site acknowledging the history, the art and the architecture of it.

There are around eleven of these complexes within this particular Museum each monastery having its own church that dates back to 10th,11th and 12th centuries.

From the booth, you can follow the cobbled path to reach Aziz Basil Sapeli dedicated to St. Basil considered as one of the most important saints of Cappadocia.  The room has a picture of St. Basil on one side with St. George and St.Theodore depiction on the other. It also has the painting of Mary holding baby Jesus in a halo.

Above, is the entrance to Elami Kilise overlooking the poplars. It has well preserved simple red-ochre daubs professionally painted frescos of biblical scenes. The name of the church is derived from an apple tree that grew nearby the monastery. The church was misinterpreted as the home of Archangel Gabriel. It is dedicated to Azize Babara Sapeli, 11th century Byzantine solider and a respected saint.

On the top of the hill is a church called Yilanli Kilise also called as St. Onuphrius. It has a painting of dragon mistakenly thought of as snake by locals. It has hermetic hermaphrodite St Onuphrius painted on the right and also has a small Jesus painting in the church.

Another known church Karanlik Kilise is one of the most famous museum churches. It has only very few windows, a reason it got this name of Karanlik Kilise. It has vivid color frescos showcasing Pantocrator, Christ on the cross and the betrayal by Judas. Turkish Government spent millions to restore at a great expense and the church has higher entrance fee limiting the visitors' numbers to further to preserve the frescos.

The 13th-century Carikh Kilise is named for the last imprints of footings of Jesus before he ascended to heaven. Down the hill, there is Rahibeler Manastiri which has several stories. During the 11th century, nuns used to reside here. Now, this building has a large plain dining hall and a small chapel with magnificent frescos on craggy structures which are cordoned off.

On exiting the Open Air Museum, don't forget to visit Tokali Kilise. It is around 50m down the hill towards Goreme. You can visit this place on the same ticket. It is one of the biggest and finest churches of this valley. It has an underground chapel which has recently been renovated and so are the frescoes.

Goreme Open Air Museum is opened in all seasons and is one of the most visited places in Turkey. It also has Hot Air Balloon facility which gives you a chance to have a panoramic view of this region.