Things To Do In Izmir

This laid-back city is located on the west coast of Turkey where you can enjoy ancient monuments, beach and delicious food. It is different from Istanbul in many ways. Istanbul is a business and tourist hub and hence bustles with energy. On the other hand, Izmir provides a silent azure sea where you can soak up on the beach. The city offers plenty of things to do for the tourists visiting here.  Izmir is a picturesque location located on the shores of the Aegean Sea. From surfing to roaming in the ancient ruins of Ephesus and Pergamon, you can find all the fun things to do in Izmir.

Things To Do In Izmir

If you are heading to Izmir for vacation, do not forget to leave time for yourself for relaxing in this charming city.

This happens to be in the center of the city surrounded by hillside residential neighborhoods, markets, and commercial buildings. Izmir Agora is a part of the everyday landscape for most of the residents. It has Roman-Greek marketplace which used to be an important stop on the Silk Road. This 2000-year-old marketplace is still intact and the same freshwater bubbles through the fountains as in the old days making an important one the first things to do in Izmir once landing there.

The ancient Roman city was one of the most popular stops on the Silk Road. Now this place welcomes around 2 million visitors a year. In the old time, people used this place as the main trade zone and had traders from all across the world selling things like exotic spices, fruits, clothes, and many other things. The old library has been restored. This library also has ancient scrolls around 12,000 which helps in understanding the ancient place of knowledge. It is one of the most attractive places in Izmir and top things to do in Izmir for tourists.

Pergamon Acropolis is set on a hilltop overlooking the town of Bergama which was an ancient Greek city. It was built in the 2nd century and was considered a power seat for the region during the Hellenistic period. The city had great strategic value as it provided direct access to Aegean Coast. It served as capital during the Roman period but lost its status to Ephesus.

Many ruins like library and altar were considered to be situated here. These structures were destroyed by the severe earthquake. Many replicas have been rebuilt as models for the Berlin museum. It also has one of the world's steepest ancient theatres overlooking the town of Bergama making it an attractive place to visit in Izmir.

This Greek Roman spa town is one of the top things to do in Izmir and is the hottest destinations for tourists. This travertine terrace is famous for hot springs that flow down the hillside. According to folklore, these pools have a therapeutic effect on people as it is rich in minerals. Just an at few kilometers away is the ancient temple You can explore the ancient temples of Hierapolis along the narrow pathway through Pamukkale and spend time relaxing in hot mineral pools.

Hierapolis which literally means "sacred city" as it was believed by the ancient founded by the God Apollo. This place is also sometimes referred to Pamukkale because of the white taverns. The ancient city also has a significant Jewish community as mention in the letter to Colossians. Things to do in this area include ancient pools, warm pool, taverns, Roman baths and ruins of Hierapolis.

This is a central bazaar in Izmir hustling bustling with marketers smiling and inviting tourist and local. This place offers you a traditional wedding dressing to delicious food for a curious foodie. It is one of the must things to do in Izmir. The food here has a rich texture which is the reflection of the rich cultural heritage. Greeks, Romans, and Ottomans lived here and the food is an amalgamation of all the cultures. 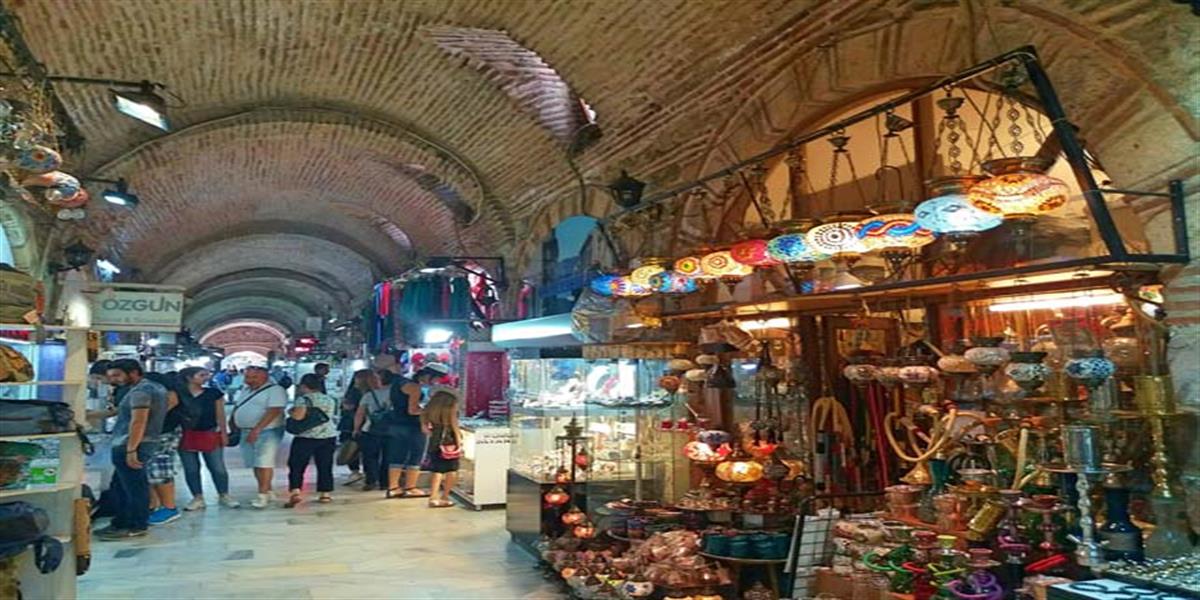 You can enjoy the cultural heritage of the city while getting lost in the back streets of the small town and discovering the gem. This hour or two-hour wandering is a perfect way of understanding the life of Izmir. The narrow streets of Sirince hide secrets for everyone and especially photographers who take special interest by using the ancient building and architect as the subject of photography. The town center has friendly shopkeepers showing off their artistic products.

Konak Square is one of the best places to visit in Izmir. It is one of the highlights of the city where you can enjoy a nice and lovely walk. 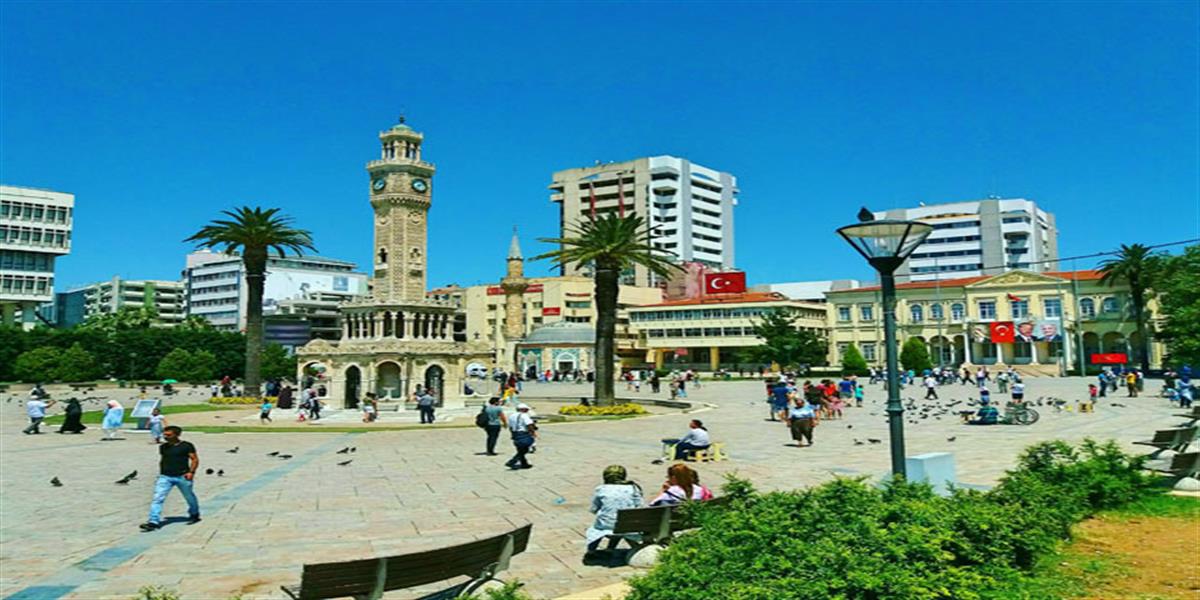 This is considered as the symbol and one of the major landmarks in Konak. This beautiful marble tower is 25 meters in height in the middle of Konak Square. 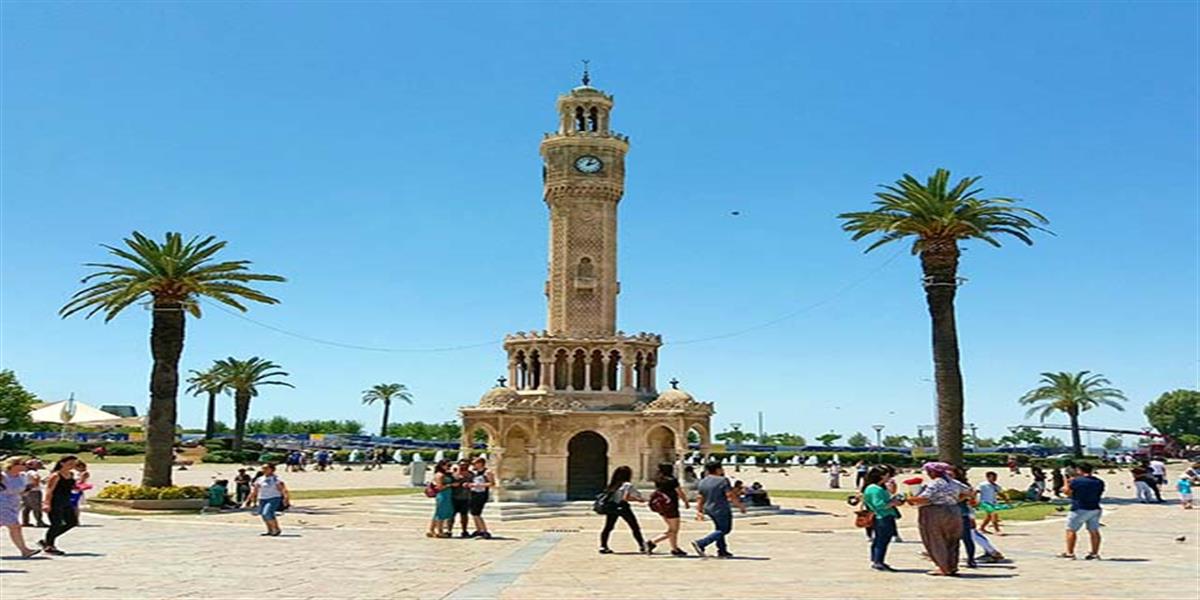 This 18th-century mosque is a haven of peace located in the bustling heart of the city next to the Governor’s mansion in Konak Square. You can see the colorful tiles around the windows and a minaret giving elegance to the building. 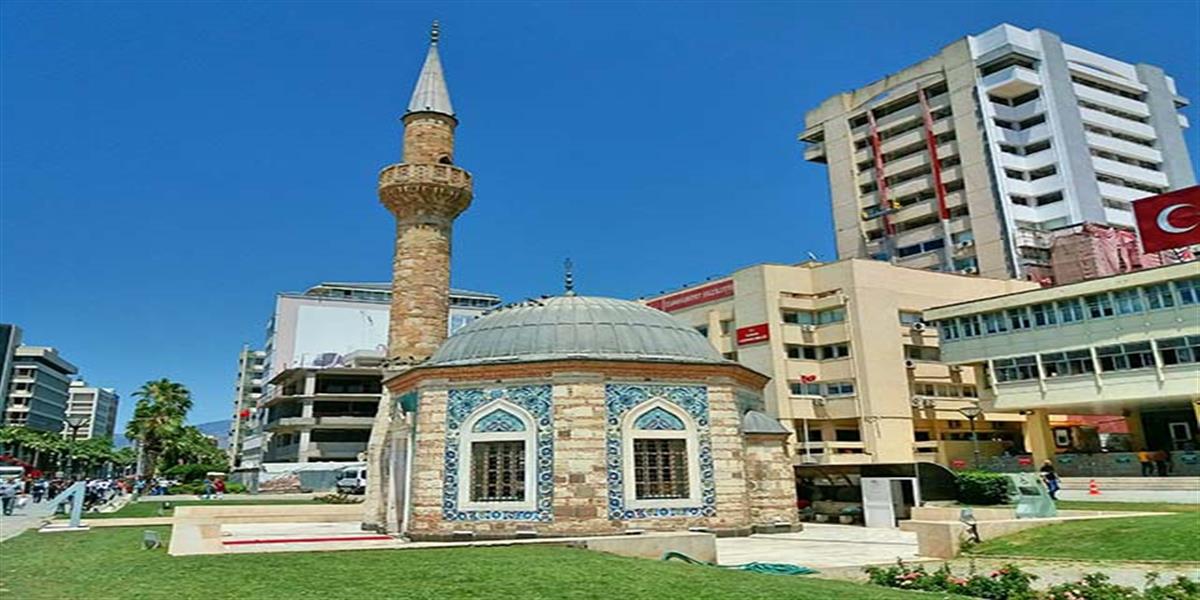 There are many statues and monuments dedicated to Mustafa Kemal, the founder of modern Turkey. Izmir is no exception to that and one of such monument can be found at Republic Square. The monuments depict the charismatic personality of Atatürk in the Turkish War of Independence. 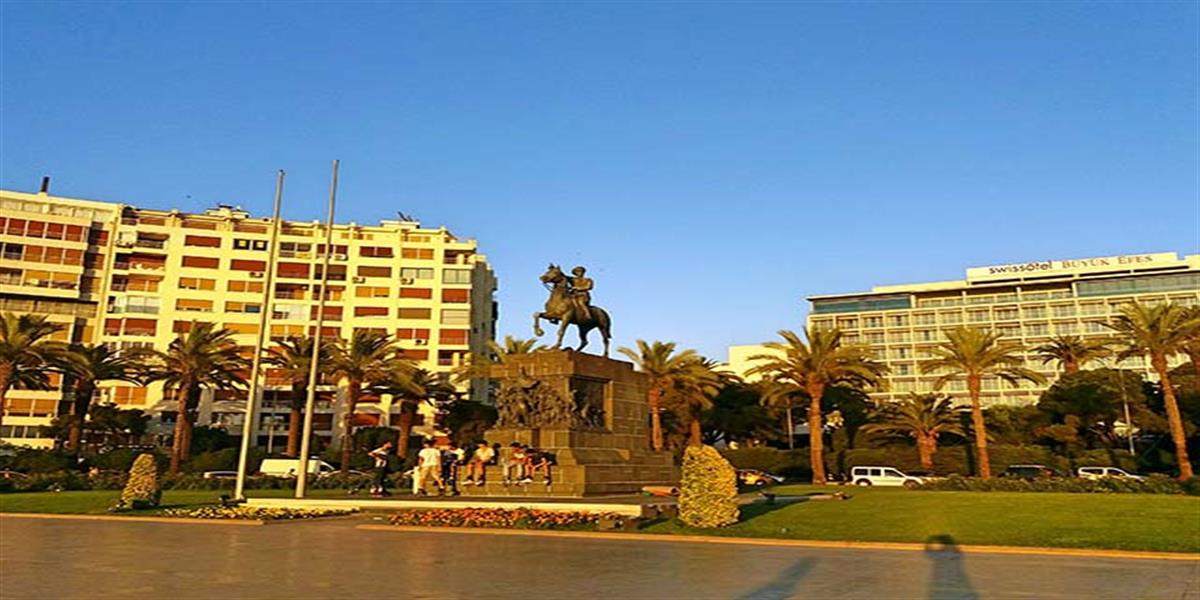 The list is just the top 10 places that you can visit in Izmir. But this city indeed has more than this to offer. It is open in both summers and winters. It also offers water sports activities. Apart from different activities, Izmir as the hottest destination for expats and foreigners. Here you will also get the chance to connect with locals and foreigners