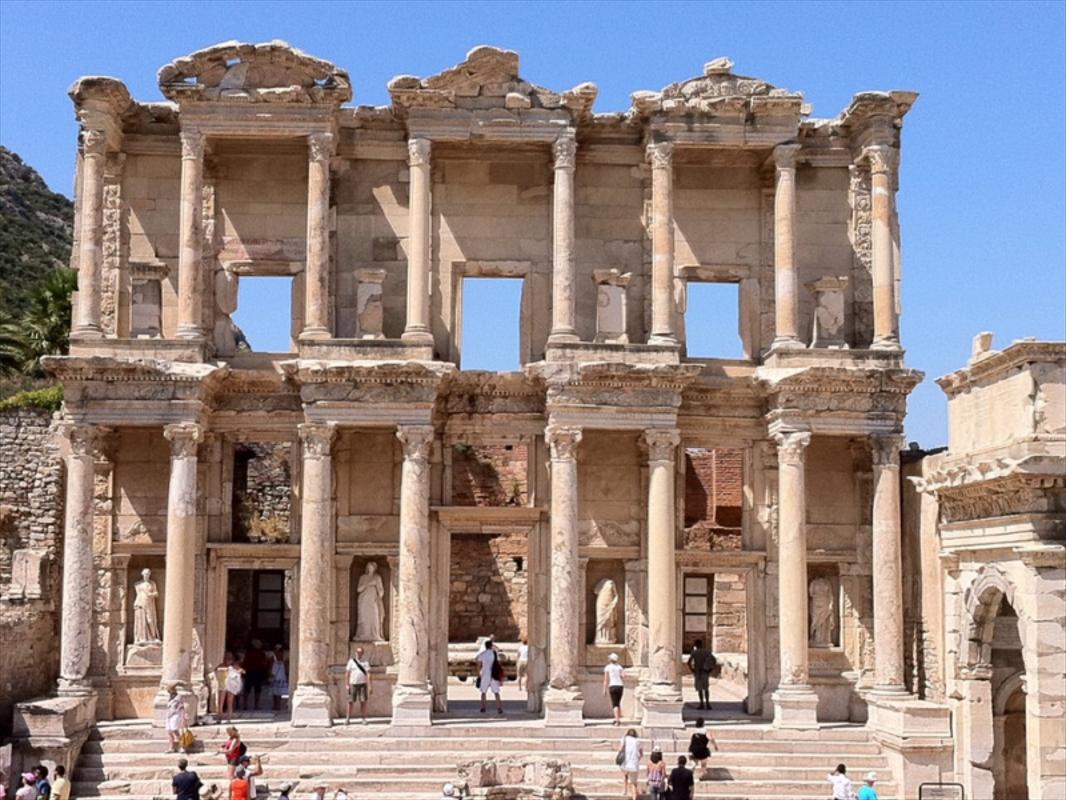 According to the legend Ephesus was founded by the tribe of the Amazins, great female, and warriors. Around that time it was named as Apsas derived from the name of “The Kingdom of Arzawa” meaning the city of Goddess. Ephesus is said to be inhabitant by Carians, Lelegians and Ionian around 1200 BCE thus famously known as a Greek city. Over the centuries, this land has been under the rule of Roman, Byzantine, Ottoman, Greek, and Persian and has always been vibrant metropolises of the ancient world.

It is located on the western coast of the Aegean Sea and acted as one of the trade zones for people all across the world. At its peak, around 300,000 people used to live. In the second century, it served as trade channel between Asia to Greece and the world. Apart from that Ephesus greatest fame is Artemis. It is one of the “seven wonders” of the ancient world and is four times larger than the Parthenon in Athens. According to the folklore, Apostle Paul crafted this place for the livelihoods of people.

Today, only remains are the few columns of the temples. It is a three-tiered theatre built into the slope of a hill with an aim of entertaining 25,000 people. The city is also in the vicinity of Church of Saint John which was built in the fourth century and later was expanded into basilica some 200 years later.

Greek Ephesus The city was originally founded by Ionian Androclus and the cities were established after the Ionian migrations. The region was devastated by during invasion but it became the wealthiest state in Lydian kings era in the 7th century. It became center of learning as it was the birthplace of philosopher Heraclitus. Women enjoyed equal rights and they were able to pursue various hobbies like sculptors, paintings, etc. Under his rule, Temple of Artemis at Ephesus was built. It was considered the Seven Wonders until it was destroyed for the first time by fire in 365 BCE. This defeat initiated the Persian rule and stayed as an important port of trade.

Ephesus remained under Persian rule until it was liberated by Alexander the Great in 334 BCE. The temple was reconstructed by his followers. He constructed the port and also laid sewage system. The city became famous again as Ephesus and remained an important commercial port in the Mediterranean.

In 129 BCE, Ephesus came under the control of the Roman Empire. Romans implemented taxes which led to many rebellions and massacre of Latin-speaking inhabitants. Moreover, the city also suffered a lot from earthquakes but it continued being as the center of political and intellectual education.

After Christianity became a dominant religion, the importance of Ephesus declined. Most of the temples and schools were closed down. Women rights suffered a lot and their position was reduced to a second-class citizen. Worship of idols was forbidden and the temple was mobbed by Christians. The streets which once were vibrant were left deserted.