We kindly ensure our precious guests that their and our drivers' safety and health is our priority. We guarantee that all our vehicles are cleaned and disinfected with the World Health Organization’s guidelines against COVID-19 (the new coronavirus).

Now, more than ever, we understand your need for total peace of mind. As such, we have informed all our drivers to carry out the following safety and prevention measures.

Prevention & Safety Measures in our vehicles:

Wash your hands regularly (at least 20 seconds duration).
Keep a hand sanitiser is always available in the car, both for drivers and passengers.
Regularly wipe down the surfaces with wipes or cleaning sprays.
Keep the social distancing.
Wear a mask and gloves.
Change your mask and gloves after serving each one of the guests.

The PCR test is a must in many countries to take care of safety and comfort while travelling for travellers. The passengers must present their negative PCR test results that were taken no longer than 48. While this makes the safety resume, many travellers may struggle to find test centres or facilities that can deliver the PCR test results in time. Here you can get more information about how to take the PCR test at the airports and your hotel or address. For more information, please click https://www.tranigo.com/en/istanbul/covid-19.

Get your PCR Test in your hotel or address

The travellers can take the PCR test at their hotel or address in Istanbul in the last 24-48 hours before their flight. For reservation and more details, please check https://www.tranigo.com/en/istanbul/pcr-test-in-istanbul.

Located in the southeast of Austria, Graz is the capital city of Styria. Built on the Mur River, Graz is also the most developed city in the region. It is the second largest city in Austria with more than 250.000 inhabitants. Thanks to its location, it is one of the leading tourism centres of the country. The city of Graz is the most visited city in Austria after Vienna and Salzburg. This metropolitan city welcomes millions of people from all over the world each year.

As a breathtaking place for nature lovers, Graz will offer you a pleasant atmosphere. It is possible to see a wide range of lovely parks and pretty gardens in the city, including Murradweg, Schloss Eggenberg Park, Hilmteich, Botanischer Garten, Leech Forest, Stadtpark, Rettenbachklamm, Lebenspark 2000, and Volksgarten. It is fun to discover these parks and gardens by bike.

Graz attracts attention with its remarkable cultural heritage. In this great city dominated by works of art, there are many fascinating museums, historic monuments, and other important buildings, namely Basilica Mariatrost, Schlossberg Monument, Uhrturm, Herz Jesu Kirche, Church of the Franciscans, Stadtpfarrkirche, Pfarre Graz-Saint Josef, Meerscheinschlössl, Mars un Bellona, Domkirche, Gemaltes Haus, and Rathaus. The city has also preserved its historic streets such as Hauptplatz, and Old Town Street. These streets are included on UNESCO World Heritage List. Do not leave Graz without exploring these picturesque streets.

Spring and summer are the best seasons to visit Graz. This is because many major festivals are organized in these seasons. If you want some more fun, you are advised to attend the following festivals: Austria Film Festival, Spring Festival, La Strada Fest, and Steirischer Herbst, among many others. In addition to these colourful events, the city of Graz has a very lively nightlife. Bars and clubs are regarded as the centres of entertainment. Buddha Style Bar, Pharmacy, Kombuse Kioks, and Postgarage are among the most famous clubs and bars in the city centre. By the way, you should definitely taste the city’s cocktail.

Graz is also at the forefront with shopping opportunities. The busiest streets in the city centre are Herrengasse, Hauptplatz, and Jakominiplatz. There are a great number of restaurants and cafés on these bright streets. Freigerist and Mitte Café are the most popular restaurants in the city with tasty dishes.

Your visit to this beautiful Austrian city will definitely be a memorable one. Graz is full of fresh experiences. What are you waiting for? Graz invites you!

Are you planning a trip to Graz? Do you want to know more about Graz? Are you worried and confused about transportation in the city? Well, TRANIGO brings a perfect solution for all your travel needs whether it is Graz Airport Shuttle or Graz Airport Transfer, Graz Airport Taxi service to and from Graz Airports. TRANIGO is the answer to all your Graz airport transfer & airport taxi service needs. 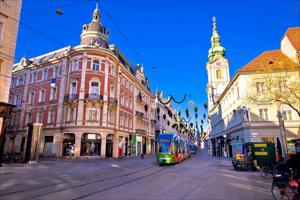 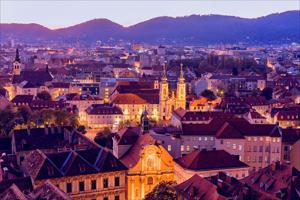 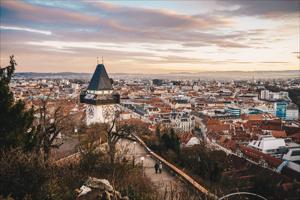 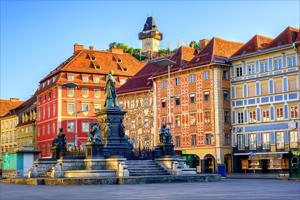 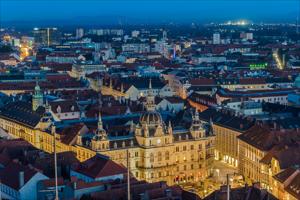