Baku is the capital and largest city of Azerbaijan. The city lies on the Caspian Sea and the southern side of the Abseron Peninsula. It is the administrative, political, and economical centre of the country. It is a metropolitan city with approximately 2.5 million inhabitants. The city of Baku is also the cultural centre of Azerbaijan with its cultural heritage. That’s why it is regarded as one of the most famous tourist destinations in the Middle East thanks to its limitless possibilities.

The city of Baku opens up a different world to its visitors where the ancient and modern world are closely linked together. It is a both historic and modern city with many attractions. Especially, the city’s old town, which is one of the best-preserved sites in the country, is one of the must-see places in the Middle East. There are a great number of historical structures in the city, such as sumptuous palaces, fascinating museums, great monuments, ancient mosques, and art galleries. If you are a history lover, you should definitely see the following places: Holy Myrrhbearers Cathedral, Saint Gregory Illuminator’s Church, Juma Mosque, Gosha Gala Tower, Palace of Happiness, Heydar Mosque, Bibi-Heybat Mosque, Philharmonic Fountain Park, Martyrs’ Lane, Fire Temple, Maiden Temple, Palace of the Shirvanshahs, and Eternal Flame Memorial. The city of Baku is a significant landmark in the history and culture of the Middle East.

One of the most attractive tourist routes of the country, Baku is the centre of attention for many people with its beautiful parks and pretty gardens. If you are a nature lover, you should not miss the following places: Baku Boulevard, Upland Park, Central Botanical Garden, Izmir Park, Zabitler Park, Fizuli Park, and Absheron National Park, among the others.

The traditional cuisine of Baku is the main factor that makes the city more attractive. That’s why it is known as “superb food city” in the country with its local dishes. The most famous dishes of the city are Bozbash, Piti, Dushbara, Dovga, and Khamrashi. It is also home to many stylish restaurants where you can try these delicious dishes, such as Malacannes 145, Fireworks Urban Kitchen, Art Club Restaurant, Oro Nero Restaurant, Dolma Restaurant, Qazmaq Restaurant, and Portofino Restaurant, among many others.

Baku is a fascinating city with countless major events like local festivals and lively nightlife. The most notable events in the life of Baku are Baku International Jazz Fest, Gabala Music Festival, and Festivals of Colours. These festivals are attracting more and more people from all over the world year after year. Along with these major festivals, Baku’s nightlife draws attention with its world-famous bars and clubs, namely Energy Club, Pasifico Lounge, Benua, Imperia Club, Sintetik, Escape Loft, and Pivnaya Apteka.

Baku is waiting for you right now! This beautiful city guarantees a memorable trip with all its beauty. Get ready for new experiences. It is time to feel sheer beauty.

Are you planning a trip to Baku? Do you want to know more about Baku? Are you worried and confused about transportation in the city? Well, TRANIGO brings a perfect solution for all your travel needs whether it is Baku Airport Shuttle or Baku Airport Transfer, Baku Airport Taxi service to and from Baku Airports. TRANIGO is the answer to all your Baku airport transfer & airport taxi service needs. 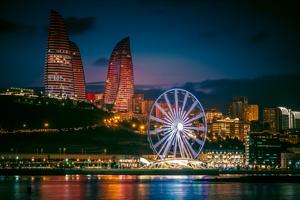 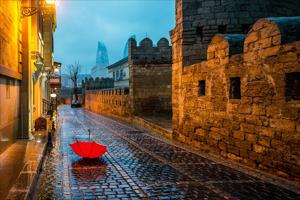 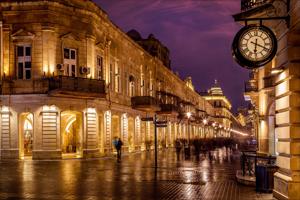 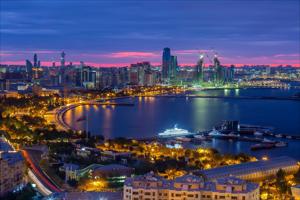 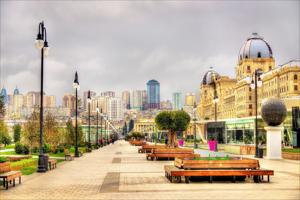